We had a frightful, “praying to God and I’ll be good from now on” ferry ride to Sihanoukville from Koh Rong . Then flew to Siem Reap. It is smaller than Phnom Penh, full of neon, bars, food stalls, Tuk Tuks, bikes, cheap thrills and a lovely riverside park. Less chaotic than Phnom Penh. I actually can cross the street which I attribute to an increase in my ballsiness, and less traffic. Our hotel is out of the hub bub, a couple of blocks from the Night Market, a scene that glitters and beguiles, like a gaudy carnival, with hawkers, beggars and thieves. The beggars are tough to walk away from; they are the walking wounded-literally body parts blown off by land mines. They receive your donation graciously with smiles and hands in prayer position saying”orcun”. (Thank you).

I turn around and am immediately entranced by the shiny market. I keep getting attracted to the same elephant design pants every foreigner wears. Already bought one pair without trying on and was so small I couldn’t bend and then bought another pair and it was so large the elephant could join me inside. We sent some stuff home because our suitcases were too heavy so my cheap pants have accumulated overseas shipping charges. Somehow that signaled my brain into “I have more room , now I can buy more”. easy to succumb

The reason to be in Siem Reap is it’s glorious temples built 800-900 years ago, rediscovered in the 1920’s, excavated and now a Wonder of the World . They are splenderous.the largest and most renowned is Angkor Wat.

We had a great guide, Thay, For the day who helped us imagine the life of that era, the reign of kings, their gods and demons, the king’s divinity, the importance of education and balance of life . The scale of this temple is about 12 km square. There are moats and galleries separating the underworld from heaven with each gallery requiring more purity as one progresses upward. In that time only the king and high priests ascended the highest tower. Steve and I in our pure state climbed the steps to a view giving perspective of the grand temple’s realm..

In the far distance, Ruins of other ruler’s temples, royal palace, once architectural marvels , now archeologists’ paradise. A true civilization with towers and stairways that numerically coincide with a calendar year, bas-relief carvings depicting historical battles both on land and sea, with Sanscrit inscriptions describing who and when fought, and the royal life of holding court, apsara dancers, king’s advisors, concubines. 3000 elephants, thousands of slaves from the empire built this temple in 35 years. The Khmer empire included Siam(Thailand), Vietnam, Laos and in fact Siem Reap literally means Defeat of Siam. 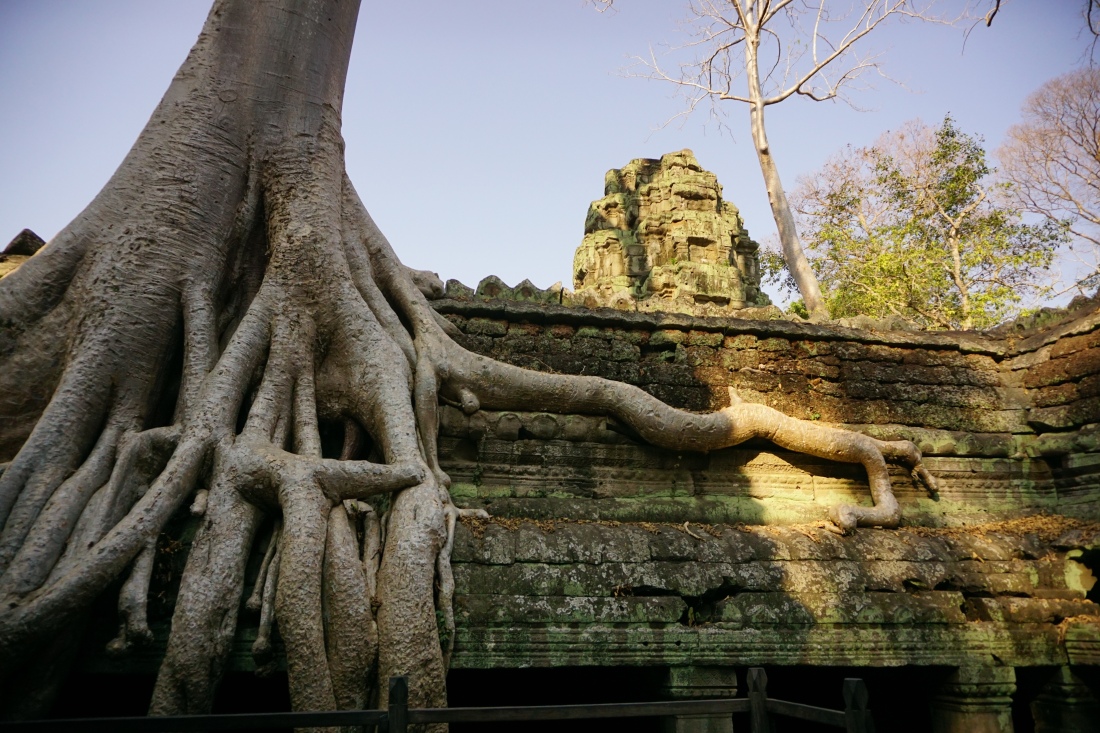 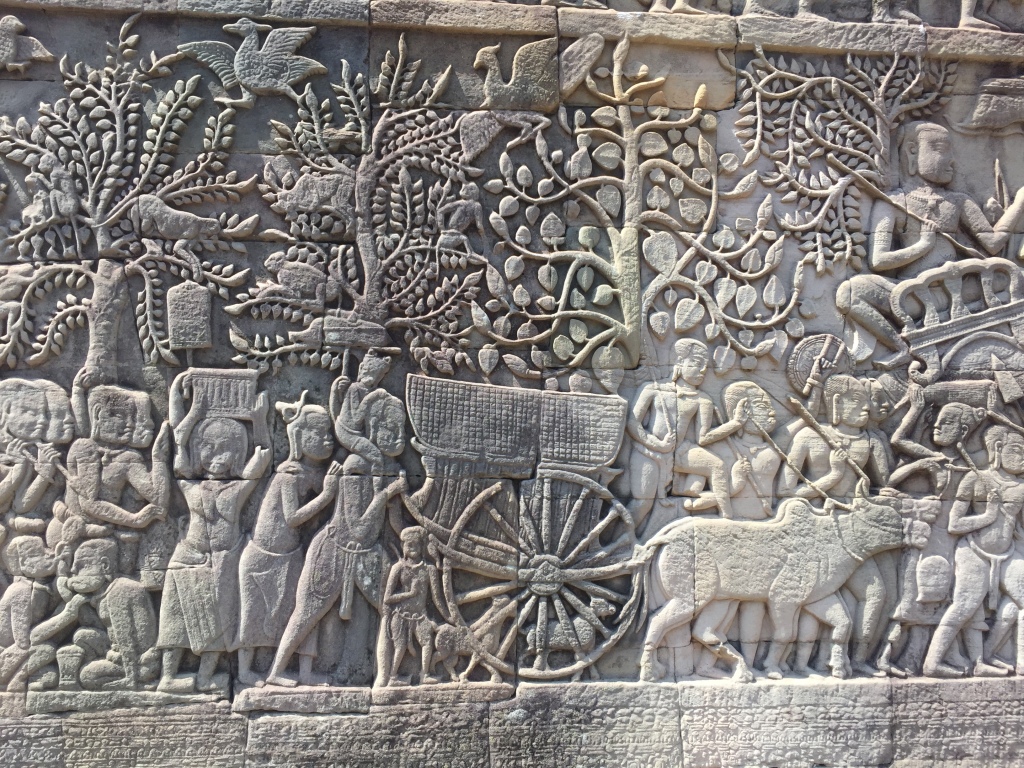 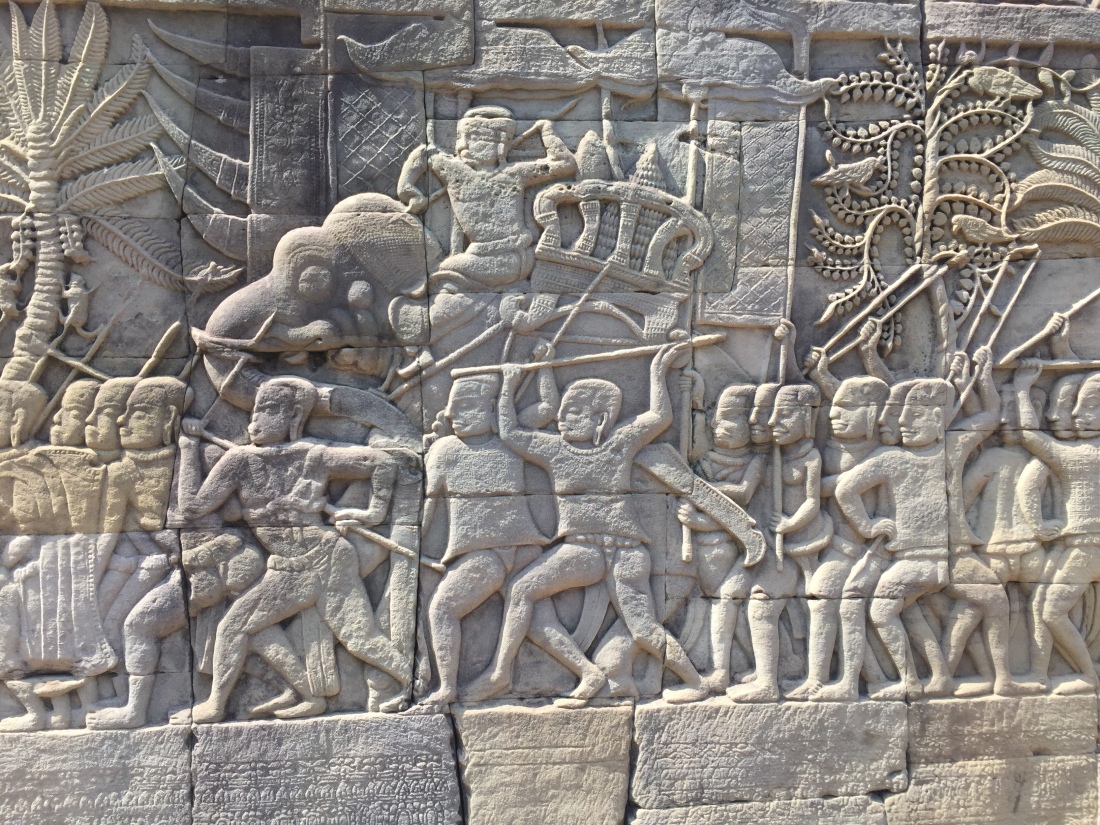 Then Bayon with its four massive faces on 37 remaining towers

Lastly, Bantay Shrei the “ladies citadels”with its pink and gold sandstone carvings that embellish the well preserved small temples.Those were my favorite. And not one depiction wearing elephant design pantaloons. 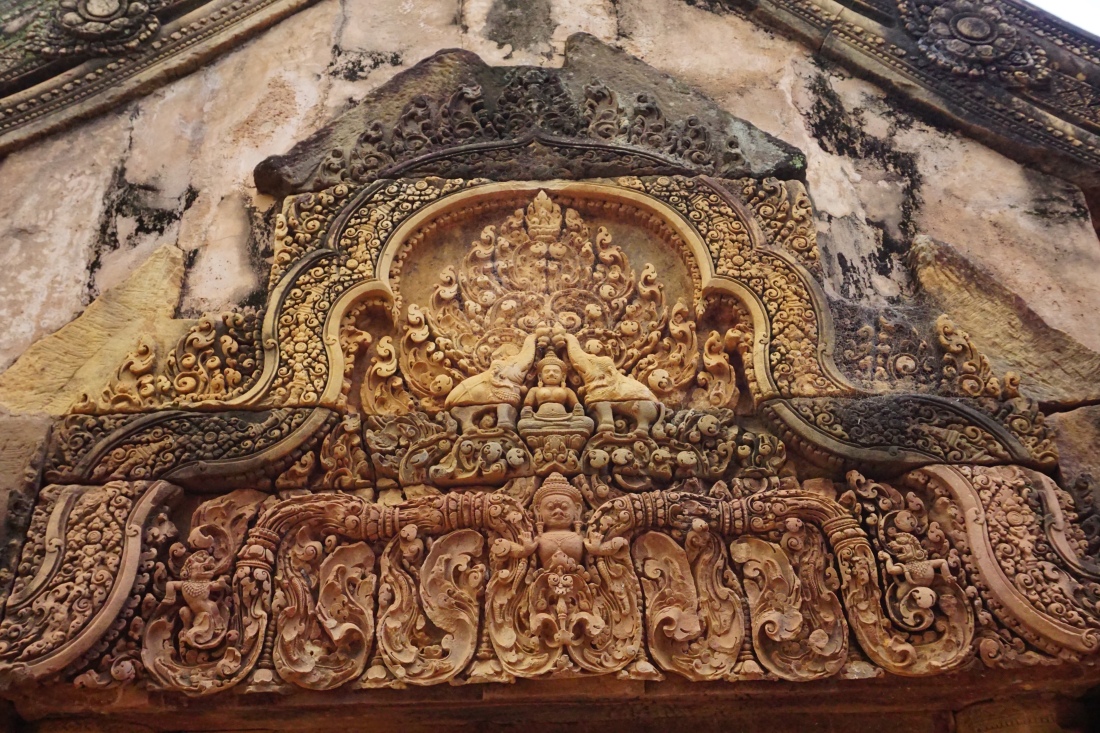 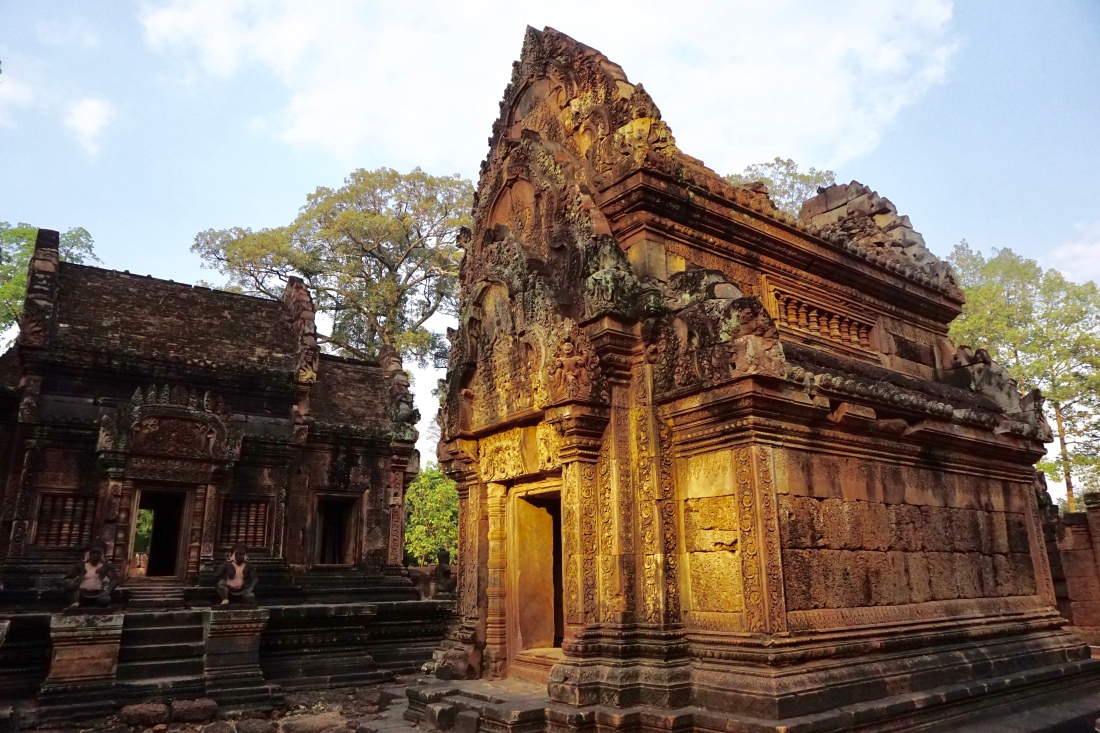 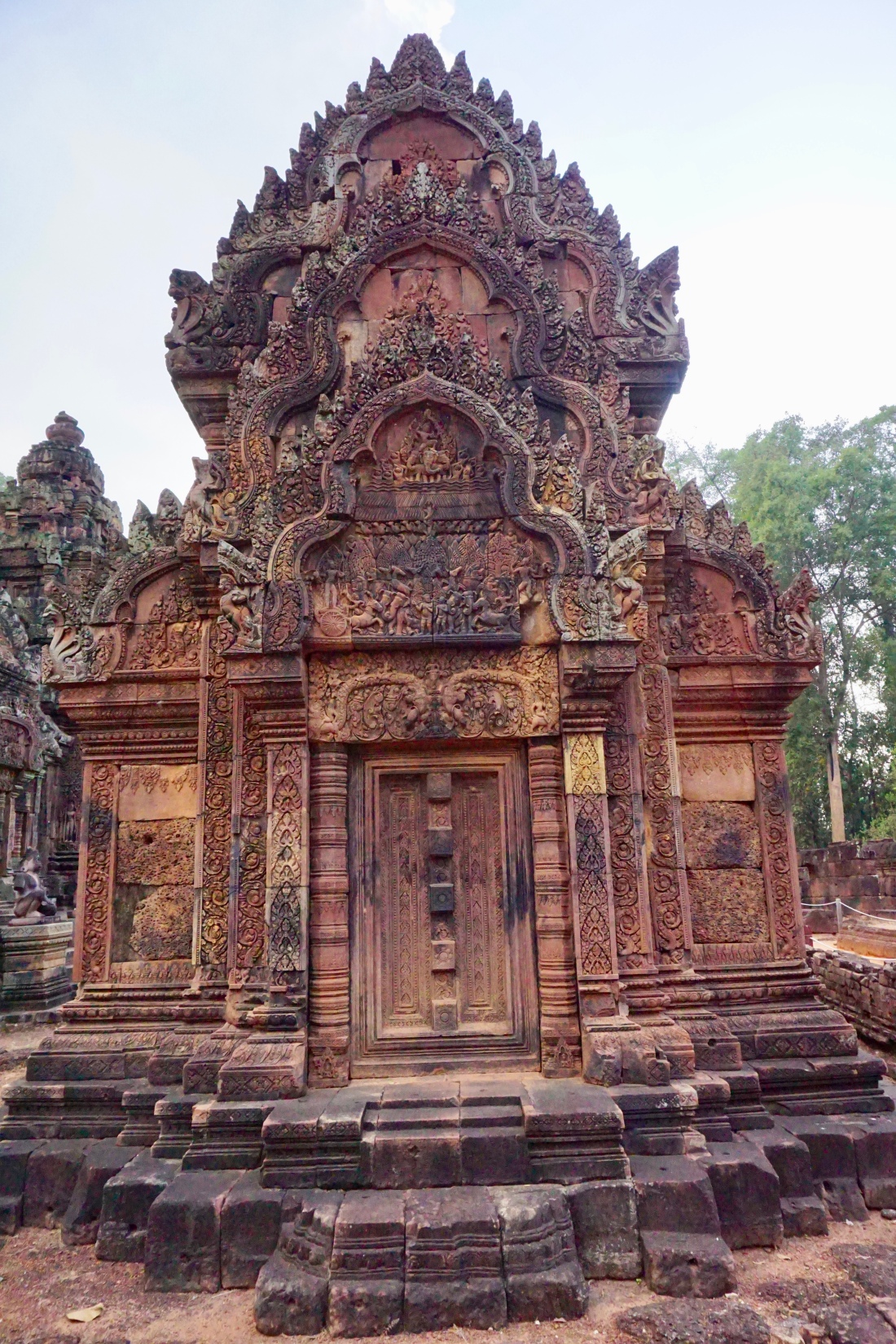 View all posts by marianfe